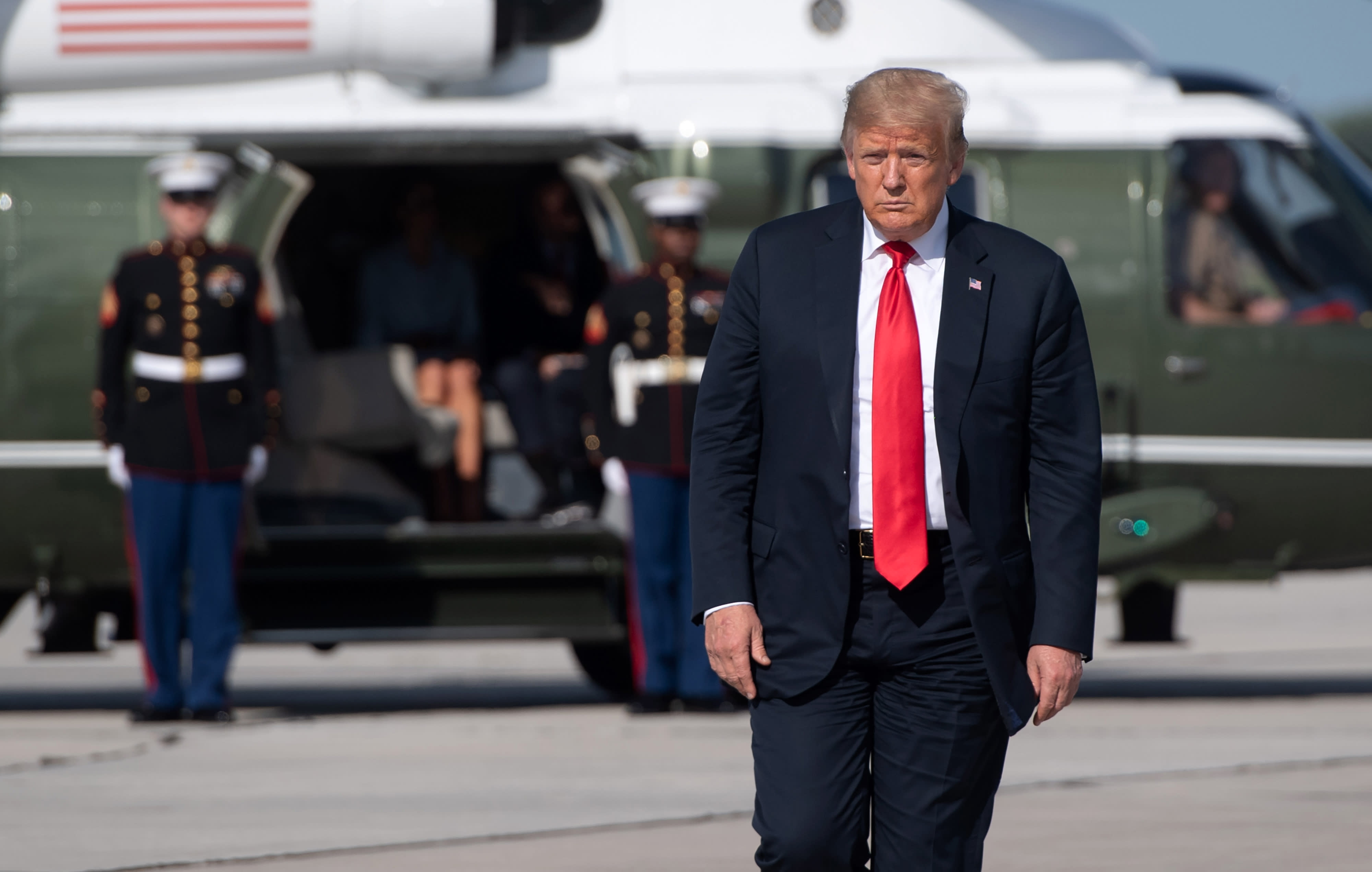 White House press secretary Kayleigh McEnany continued to defend President Trump on Tuesday in the wake of reporting by the New York Times and confirmation by other news outlets that intelligence officials had concluded in 2019 that Russia’s government offered bounties to Taliban fighters for killing American troops in Afghanistan.

One day after telling reporters that Trump had not been briefed on the alleged Russian bounties — contradicting reports that the intelligence was included in at least one President’s Daily Brief in 2019 — McEnany was asked why the president does not read those documents.

Numerous insider accounts of Trump’s time in the White House portray him as having a short attention span and demanding information be presented orally or graphically, rather than in written form.

“The president does read,” McEnany responded. “And he also consumes intelligence verbally. This president, I’ll tell you, is the most informed person on planet earth when it comes to the threats that we face.”

But the wave of outrage over the reports, in which at least a few Republicans joined, did not abate Tuesday.

After criticizing the Times for publishing its initial story on the bounties paid by Russia, McEnany also took aim at presumed leakers in the intelligence community. Asked if intelligence officials could be seeking to embarrass the president with leaks about the Russian program, McEnany replied, “It very possibly could be, and if that’s the case it’s despicable.”

“This president talks about cognitive capability. He doesn’t seem to be cognitively aware of what’s going on,” Biden said. “He either reads and/or gets briefed on important issues, and he forgets it, or he doesn’t think it’s necessary that he need to know it.”

“He can disown everything if nobody ever told him about it,” said Bolton, whose memoir, “The Room Where It Happened,” paints a damning picture of a disengaged, ignorant and impulsive Trump.

Trump has often spoken warmly of his personal relationship with the Russian president and has pursued policies that appear to align with Russian interests, including relocating some American troops from bases in Germany and seeking to have Russia readmitted to the G-7. Russia was expelled from the compact in 2014 as punishment for invading Ukraine and annexing Crimea.

At the same time, he has boasted of his “toughness” toward Moscow, and McEnany insisted that “no president has been as tough on Russia as this president.”

“This is as bad as it gets, and yet the president will not confront the Russians on this score,” House Speaker Nancy Pelosi said Sunday in response to the story in the Times.

Some Republicans, including Trump allies, have also been critical of the administration in the wake of reporting about Russia’s actions and the lack of an administration response.

If reporting about Russian bounties on US forces is true, the White House must explain:
1. Why weren’t the president or vice president briefed? Was the info in the PDB?
2. Who did know and when?
3. What has been done in response to protect our forces & hold Putin accountable?

Locked in a tough reelection fight, Sen. Thom Tillis, R-N.C., suggested Tuesday that Russia should be designated as a state sponsor of terrorism.

If intelligence reports are verified that Russia or any other country is placing bounties on American troops, then they need to be treated as a state sponsor of terrorism.

While Senate Majority Leader Mitch McConnell said Tuesday that briefings given by the White House to Senate Republicans were “appropriate,” he added that he did not “have an observation about what may have happened” regarding Trump’s knowledge of the bounties.

Asked if Russia should be allowed back in the G-7, McConnell replied, “Absolutely not.”

At least two PACs opposed to Trump, VoteVets and the Lincoln Project, released ads over the weekend attacking the administration on the issue. Cindy McCain, the widow of Sen. John McCain, who clashed with Trump in the year before he died, also weighed in:

Republicans built up QAnon backer Rep. Marjorie Taylor Greene, but now are they afraid of what they created?

Pence heading back to Indiana hometown after Biden inaugural

Republicans built up QAnon backer Rep. Marjorie Taylor Greene, but now are they afraid of what they created?

Chips Are in Short Supply. Here’s 1 Stock to Play the Shortage.

Pence heading back to Indiana hometown after Biden inaugural