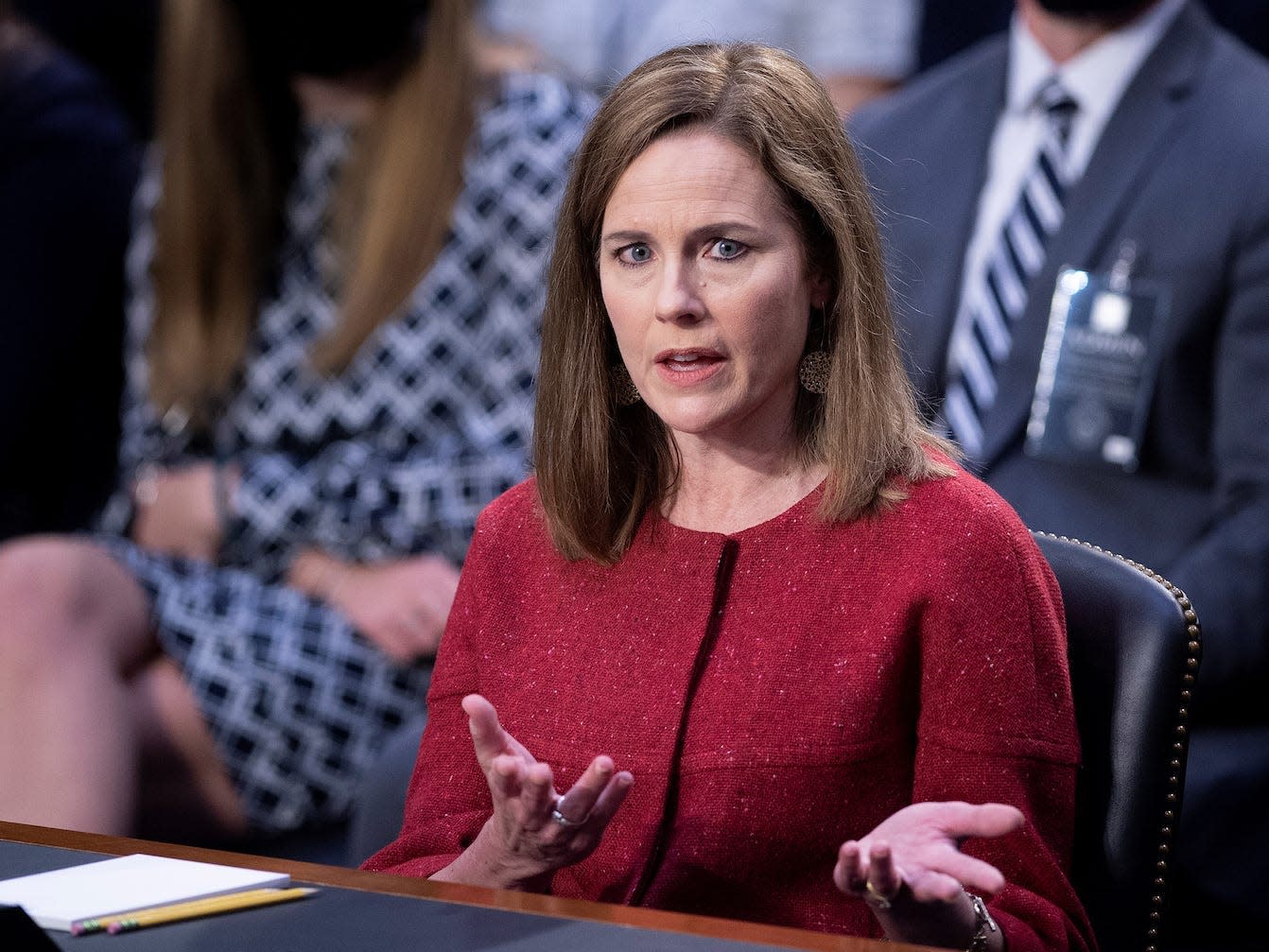 About one week after Justice Amy Coney Barrett joined the bench, the Supreme Court heard arguments in a case concerning discrimination against LGBTQ people on the basis of religious liberty.

The case involves Catholic Social Services, a group that worked as a contractor for the city of Philadelphia to place children into foster homes, but would not work with same-sex couples. The city of Philadelphia stopped working with the group, saying they were violating an anti-discrimination law, prompting the group to sue the city.

The case, Fulton v. City of Philadelphia, represents a “legal supernova clash” between the rights of LGBTQ people and the First Amendment right to religious liberty, according to Doron Kalir, professor at Cleveland-Marshall College of Law.

“This is really as big as they come I think in terms of legal battles,” Kalir told Insider. He said the case could be “a serious blow to the rights of Obergefell,” referring to the 2015 case that legalized same-sex marriage in the US.

It is also the first major Supreme Court case to come before Barrett, whose record has raised concerns among LGBTQ advocates. During today’s arguments, Barrett, along with other conservative-leaning justices on the court, appeared likely to side with Catholic Social Services, according to CNBC.

“If we are honest about what’s really going on here, it’s not about ensuring that same-sex couples in Philadelphia have the opportunity to be foster parents,” Justice Samuel Alito said, according to The Wall Street Journal. “It’s the fact that the city can’t stand the message that Catholic Social Services and the archdiocese are sending by continuing to adhere to the old-fashioned view about marriage.”

Alito’s remarks were among other doubts raised by conservative justices, including Justice Brett Kavanaugh who said the city was “looking for a fight,” and Barrett who proposed a hypothetical where the government takes over hospitals and asked whether it could then force doctors to perform abortions, CNBC reported.

The court’s liberal-leaning judges raised different concerns. Justice Sonia Sotomayor said the case could severely weaken laws against discrimination, including against people of a different faith or race, The Journal reported.

Kalir said the court is likely to side with Catholic Social Services. But he said for Barrett, it would mean overturning an opinion written by her mentor, the late conservative Justice Antonin Scalia.

The 1990 opinion, Employment Division v. Smith, held that when there is a generally applicable rule that is applied neutrally to everyone, the fact that it offends someone’s religious belief is not enough to disqualify the law.

He said for the court to rule in favor of Catholic Social Services, it would likely mean the 30-year-old opinion, authored by Scalia, would be overruled.

“It would be very strange if her first case on the court will be overturning one of Scalia’s most famous opinions,” he said.

He also said there could be political consequences as a result of the case, saying that Democrats could use the outcome to justify increasing the number of justices on the Supreme court.

Kalir said Democrats could say: “Look, religious liberty has run amok, they are now reversing or overruling established precedent by Justice Scalia. That’s how much they went to the right, Justice Scalia is too center for them.”

He also said the justices may not come to a precedent-setting conclusion, as is what happened in 2018, when the court heard a case about a Colorado baker refusing to bake a wedding cake for a same-sex couple. In that case, Kalir said the court “punted,” deciding in favor of the baker but on terms that did not set a precedent for future cases.

A decision is expected in the case before July, CNBC reported.

Read the original article on Insider