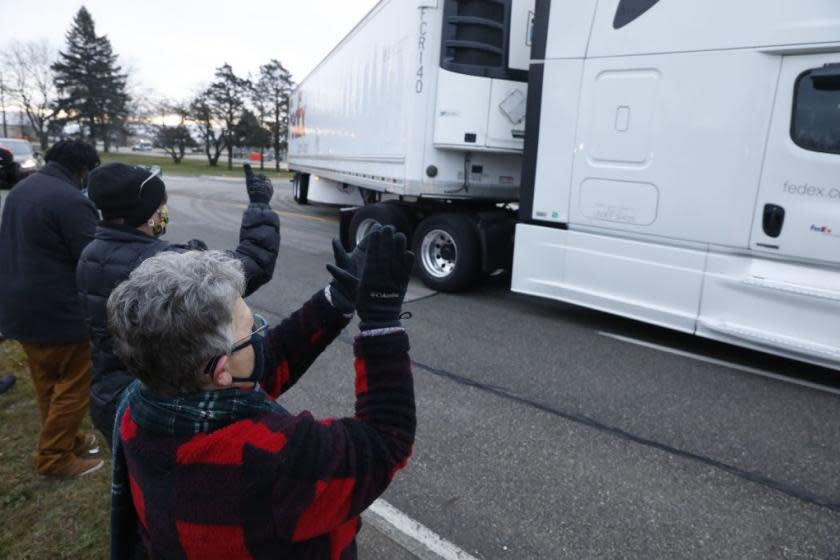 Both Republican U.S. Senate candidates in Georgia hold slight leads over their Democratic opponents in the January runoff election races, which will determine which party controls the chamber for at least the next two years, according to new polling out of Emerson College.The poll, released Wednesday, found Republicans Kelly Loeffler and David Perdue with nearly identical advantages, with each receiving support from 51 percent of respondents, compared to 48 percent for Democrats Raphael Warnock and Jon Ossoff. The races are essentially tied, because the advantages in both races fall within the poll’s 3.9 percent margin of error.The Democrats need to win both races to win control of the Senate. If both Warnock and Ossoff win, there would be a 50-50 split, with Vice President-elect Kamala Harris serving as the tie-breaker.The poll found little crossover support, meaning few voters will vote for a Republican in one race and a Democrat in the other.“Which suggests one party should win both seats,” Spencer Kimball, Emerson’s polling director, said in a prepared statement.The Democrats held large leads over the Republicans among younger voters and urban voters, while the Republicans were stronger with older and rural voters, and voters with a high school degree or less. The poll found Loeffler and Perdue with slight leads in the suburbs, with 52 percent support compared to 47 percent for Warnock and Ossoff.Thirty-one percent of poll respondents named the economy as their top issue, followed by COVID-19 response (24 percent), healthcare (15 percent) and social justice (12 percent).Another poll released earlier this week showed Loeffler and Perdue both holding slight 49 percent to 48 percent advantages over the Democrats.The recent polling shows support for the Republicans climbing. In early December, a poll by SurveyUSA found Warnock with a 52 percent to 45 percent lead over Loeffler, and Ossoff with a narrower 50 percent to 48 percent advantage.