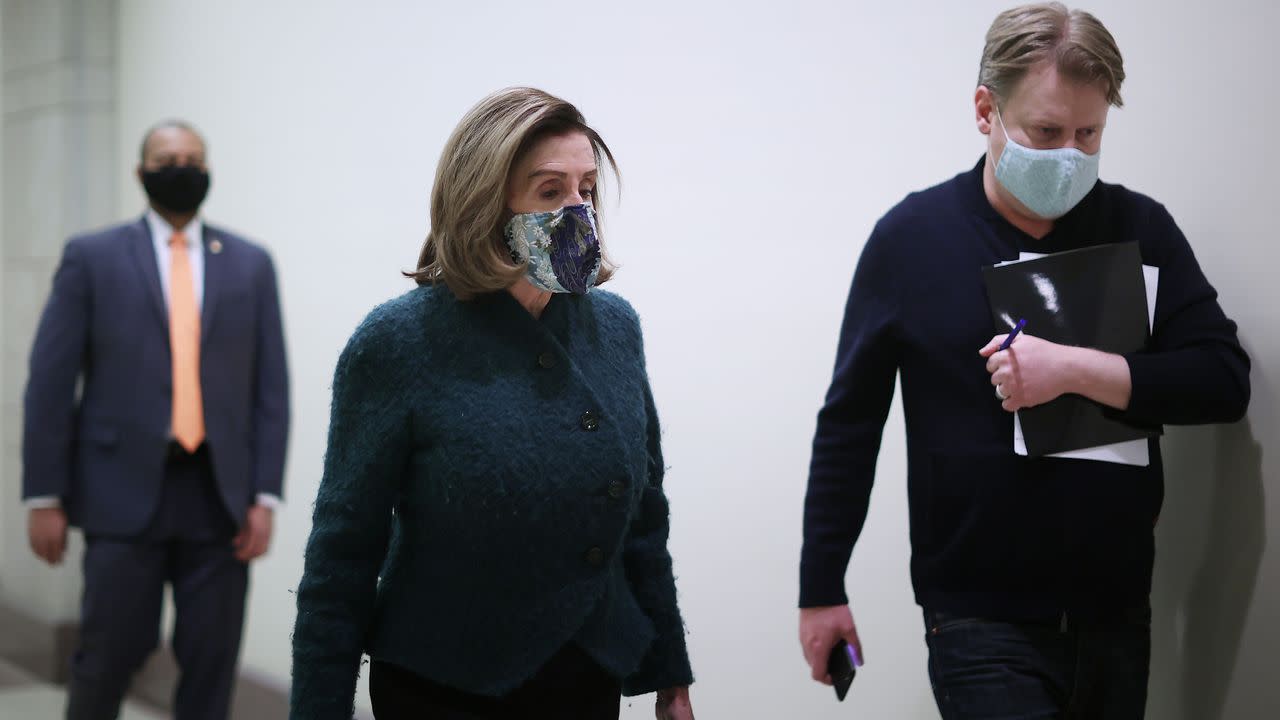 House Speaker Nancy Pelosi (D-Calif.) announced in a letter to her Democratic colleagues on Tuesday heightened security measures for congressional members traveling to and from the District of Columbia.

Why it matters: Pelosi said the updated protections come in response to the Jan. 6 pro-Trump siege on the U.S. Capitol, which she characterized as “a traumatic assault targeting Members.”

Be smart: sign up FREE for the most influential newsletter in America.

What they’re saying: “The security of the U.S. Capitol Complex and all who serve and work in it is of the highest priority,” Pelosi wrote. “Protecting the Capitol, which is the heart of our Democracy, is essential to upholding our Constitutional duty to serve those whom we are privileged to represent.”

Get smarter, faster with the news CEOs, entrepreneurs and top politicians read. Sign up for Axios Newsletters here.