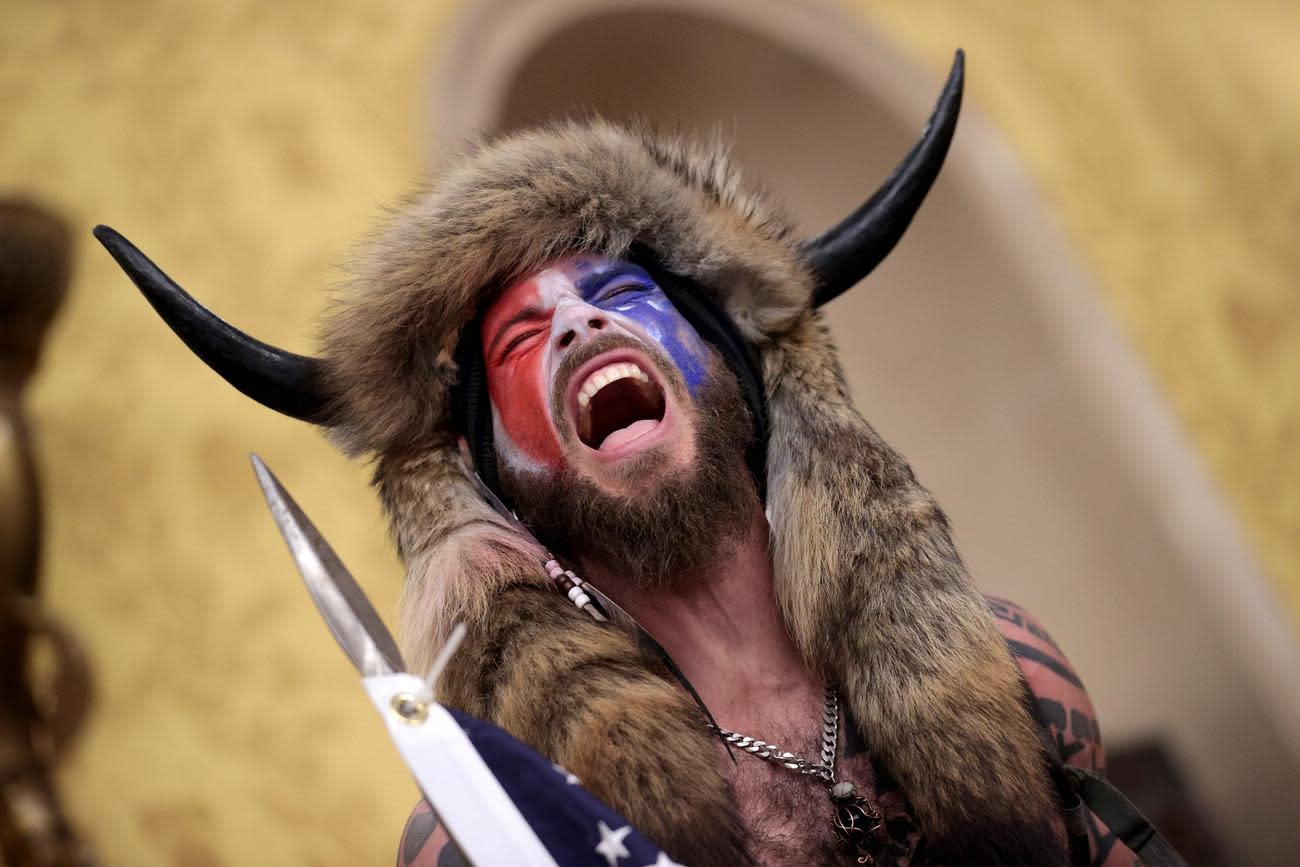 One of the men arrested after last week’s violent attack on the U.S. Capitol was kicked out of the Navy two years into his enlistment for refusing to take a required vaccine.

Jacob Anthony Angeli Chansley, a 33-year-old Navy veteran from Arizona who was arrested and charged after last week’s siege at the U.S. Capitol, refused to take the anthrax vaccine while in the Navy, ending his two-year career, a Navy official confirmed to Military.com. Task and Purpose first reported the circumstances that led the Navy to boot Chansley from the ranks.

Chansley, who also goes by Jake Angeli, was arrested Saturday and charged with knowingly entering or remaining in a restricted building without lawful authority, the Department of Justice announced this weekend. Chansley was photographed among supporters of President Donald Trump who carried out a violent takeover of the U.S. Capitol on Jan. 6. He was shirtless, wearing a horned fur headdress and red, white and blue face paint.

Chansley served as a Navy supply clerk seaman apprentice from 2005 to 2007. Navy officials declined to provide further details about his career, including what kind of discharge he received from the military, citing privacy concerns.

The anthrax vaccine, according to the Military Health Service, is required for troops deploying to the Middle East and Korea. Some other personnel, including emergency response and other units, are also required to take the vaccine, which is given in a five-dose series with annual boosters.

Chansley’s mom has defended her son, telling ABC15 in Phoenix that he is a patriot.

“It takes a lot of courage to be a patriot, OK, and to stand up for what it is that you believe,” Martha Chansley told the station. “Not everybody wants to be the person upfront.”

Chansley is one of at least two military veterans who have been arrested following last week’s attack on the Capitol. Retired Air Force Reserve Lt. Col. Larry Rendall Brock Jr., who was photographed carrying zip-tie handcuffs and wearing military patches on a flak jacket during the siege, was arrested Sunday in Texas.

The nation’s top military leaders sent a memo to the entire joint force on Tuesday, telling them to uphold the Constitution, follow the law, and to accept President-elect Joe Biden as their next commander in chief.

“The rights of freedom of speech and assembly do not give anyone the right to resort to violence, sedition and insurrection,” eight members of the Joint Chiefs of Staff wrote.

Value stocks are about to come out of their coma, says index fund powerhouse Vanguard

Arkansas man accused of beating officer with US flagpole