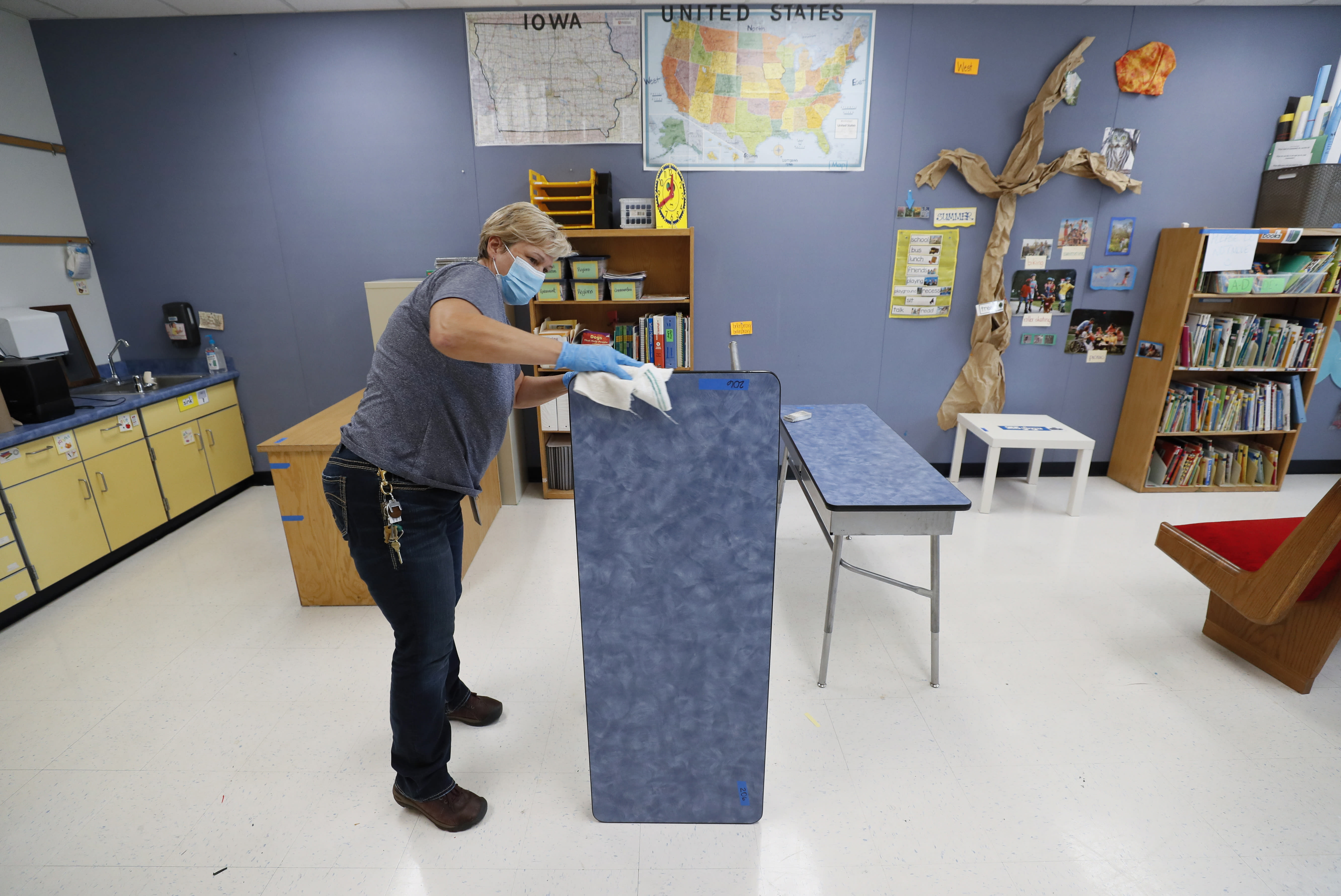 BELGRADE, Serbia (AP) — Asian and European officials pleaded with their citizens Thursday to respect modest precautions as several countries saw coronavirus outbreaks accelerate or sought to prevent new flare-ups, while the virus showed no signs of slowing its initial advance in Africa and the Americas.

Following two nights of anti-lockdown protests in Serbia, authorities banned mass gatherings in the capital of Belgrade amid an uptick in confirmed COVID-19 cases. Officials elsewhere in Europe warned of the risk of new flareups due to lax social distancing, while officials in Tokyo and Hong Kong reviewed nightclubs, restaurants and other public gathering spots as a source of their latest cases.

Infections mounted at a frightening speed in the countries with the world’s highest confirmed caseloads — the United States, India and Brazil. Between them, the three account for the majority of new cases worldwide reported daily.

India on Thursday reported 25,000 new cases; the United States on Wednesday reported just short of the record 60,000 cases set a day earlier, and Brazil reported nearly 45,000. In the U.S., the total number of confirmed cases has passed 3 million — meaning nearly one in every 100 people has been confirmed as infected

The head of the Africa Centers for Disease Control and Prevention said the continent would be wise to prepare for the worst-case scenario as virus-related deaths passed 12,000 and confirmed cases climbed fast. A day after confirmed virus cases across Africa surpassed half a million, the total was over 522,000, and the actual number of cases is unknown since testing levels are low.

“The health system in Belgrade is close to breaking up,” Serbian Prime Minister Ana Brnabic said. “That is why I can’t understand what we saw last night and the night before.”

“It will cost us, there is no doubt,” Brnabic said, referring to the possible spread of the virus after large protests which featured little social distancing or mask-wearing.

Serbia, which has a population of about 6.9 million, has confirmed more than 17,000 cases of the new coronavirus, including 341 deaths. A few hundred new infections are being reported daily. Critics accuse President Aleksandar Vucic of letting the crisis spin out of control by lifting an earlier lockdown to allow for an election last month that tightened his grip on power.

Vucic’s announcement this week that new measures would include a lockdown sent thousands into the streets, and rock-throwing demonstrators fought running battles with special police forces. The new government measures don’t include the originally planned weekend curfew, but effectively ban further protests.

Flare-ups of new virus cases are causing concern in several parts of the world, and in some cases leading to the reintroduction of restrictions on public activity.

In France and Greece, officials warned that people were too frequently ignoring safety guidance. The French government’s leading coronavirus adviser, Jean-Francois Delfraissy, lamented that “the French in general have abandoned protective measures.”

“Everyone must understand that we are at the mercy of a return (of the virus) in France,” Delfraissy said. “It suffices to have one super-spreader in a gathering and it will take off again.”

Greek government spokesman Stelios Petsas said authorities were “determined to protect the majority from the frivolous few.” He said the government may announce new restrictions, if needed, on Monday.

Petsas said authorities were focused on the rising number of cases in nearby Balkan countries and tourists who traveled to Greece over the land border with Bulgaria.

In Australia, which had initial success containing the outbreak, authorities on Thursday reported 179 new cases, most in Melbourne, where authorities are battling a resurgence and have imposed a new six-week lockdown.

Tokyo confirmed more than 220 new cases Thursday, exceeding its record daily increase from mid-April and prompting concerns of widening of the infections. Tokyo’s more than 7,000 cases are about one-third of Japan’s total.

“It’s a wake-up call,” Tokyo Gov. Yuriko Koike told reporters. “We need to use extra caution against the further spread of the infections.”

Experts on Tokyo’s virus task force said the majority of recent cases were linked to night clubs but rising infections from households, workplaces and parties raised concerns the virus is spreading in the wider community.

Hong Kong moved to tighten social-distancing measures after it reported 42 new infections on Thursday. Rules for restaurants, bars and fitness centers will be tightened for two weeks starting Saturday.

In India, research by the Institute of Mathematical Sciences in Chennai shows that the reproduction rate of the virus ticked up in the first week of July to about 1.2 after it had steadily fallen from a peak of 1.8 in March. The rate needs to be below one for new cases to start falling.

Moulson reported from Berlin. Nick Perry in Wellington, New Zealand, Dusan Stojanovic in Belgrade and Associated Press reporters around the world contributed to this report.

The U.S. Deported The Man Who Would Become China’s ‘Father of Space Technology’ Out of Fear

Short Squeeze Sends GameStop Shares to 2007 Levels. What Happens Next.

GameStop closes up 51% after chaotic day of trading

The U.S. Deported The Man Who Would Become China’s ‘Father of Space Technology’ Out of Fear