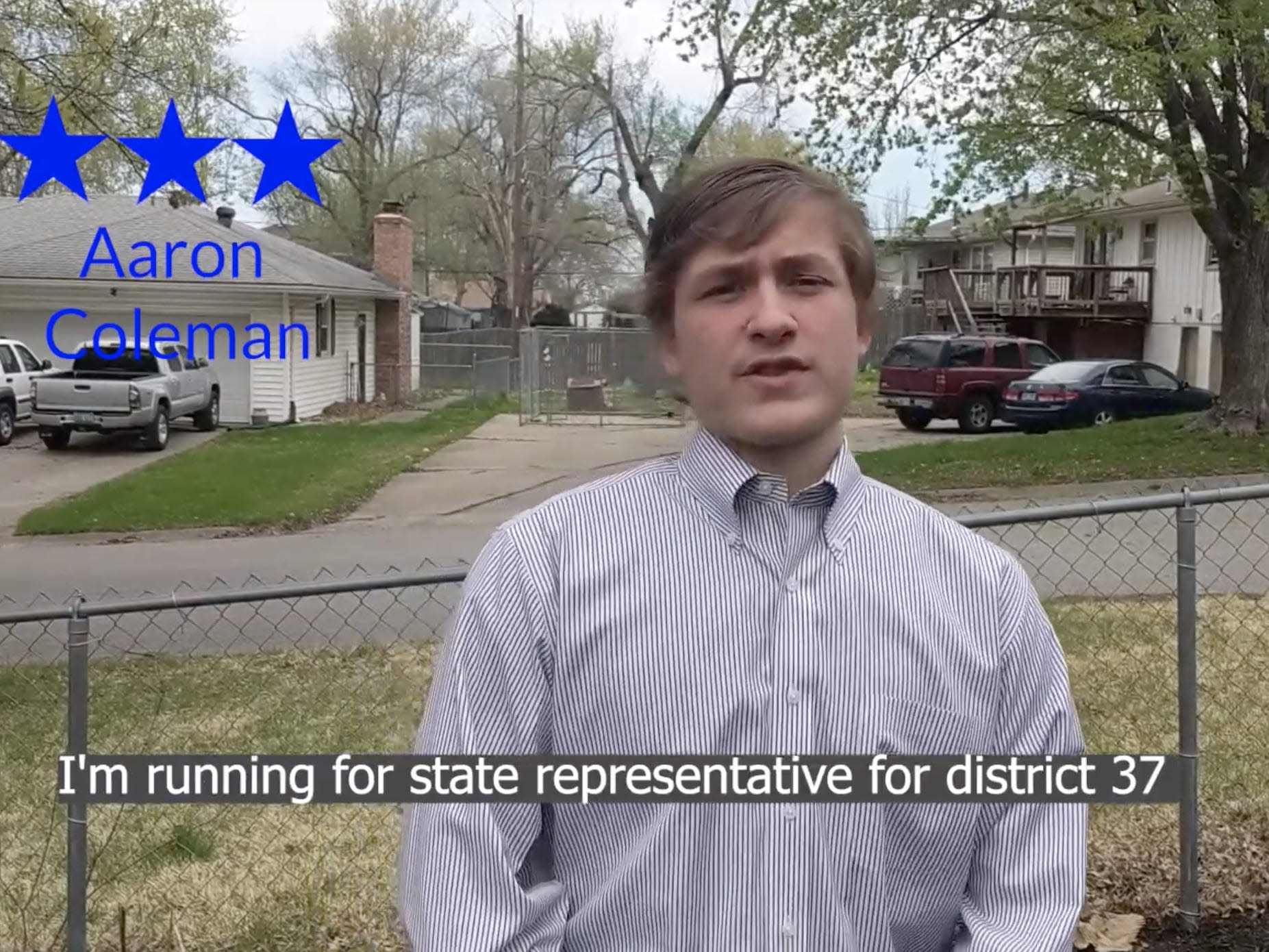 A 19-year-old who admitted to blackmailing a girl with naked pictures and harassing and bullying others has won his primary race for the Kansas House of Representatives. Aaron Coleman, a progressive Democrat, is now running unopposed in the state’s November election.

In an August 13 article, the editorial board of The Kansas City Star detailed the allegations against Coleman. One woman told the paper that when she and Coleman were both in middle school, he obtained a naked picture of her and threatened to share it with others if she didn’t send more. When she said no, the woman alleged that Coleman sent the photo to “everyone” she knew. “I don’t know how he got the picture. All I know is he’s an awful person and he should not be allowed to run for anything,” she told The Star.

Another woman said that Coleman called her a “whale” and used expletives to insult her. That woman, who is now 18, told The Star that she attempted suicide as a result of his harassment.

Coleman told the Associated Press that these claims were “accurate.”

“I made serious mistakes in middle school and I deeply regret and apologize for them. I’ve grown up a great deal since then,” Coleman told The Star of his actions five years ago.

But Coleman’s trouble wasn’t just in middle school. He recently said on Facebook that he would “laugh and giggle” if John Whitmer, a Republican who previously served in the Kansas House, died of COVID-19, The Daily Dot reported.

A spokesperson for Kansas Gov. Laura Kelly, also a Democrat, told the Associated Press that Coleman is “not fit to serve in the Legislature.”

Insider has reached out to Coleman and Wyandotte County election office for comment.

Read the original article on Insider

Powerball winner in Maryland should remember this before cashing the $730 million ticket: expert

Pence moves out and Harris moves in: This is the official home of the Vice President